Fortunately private tutors are priced by market forces instead of being randomly distributed. Students are thus able to gain an edge with the best tutor instead of worrying about whether every teacher is really a good teacher.

Mr. Phang Yu Hon is one of Sunday Times' 5 "Most Sought-After Super Tutors. Sunday Times Jun 15, 2008"4 in Singapore, the only physics tutor among the five, and the first "本地补习天王. Shin Min Daily Sep 5, 2010" 5 ('Tutor King' in the Chinese media) outside of Hong Kong, Taiwan and China.

After the "Super Tutors" news came out in 2008 4, many teachers resigned and advertised themselves as self-proclaimed "Super Tutors", but Mr. Phang has remained one of the real "Super Tutors in Demand" on Straits Times May 23, 2016 6.

The news below are real and not advertorials. Sources: The Sunday Times and Shin Min Daily News © Singapore Press Holdings Limited. Reprinted with permission.

The articles above are real news and not advertorials used by other tutors to create "news" about themselves.
Source: The Sunday Times © Singapore Press Holdings Limited. Reprinted with permission 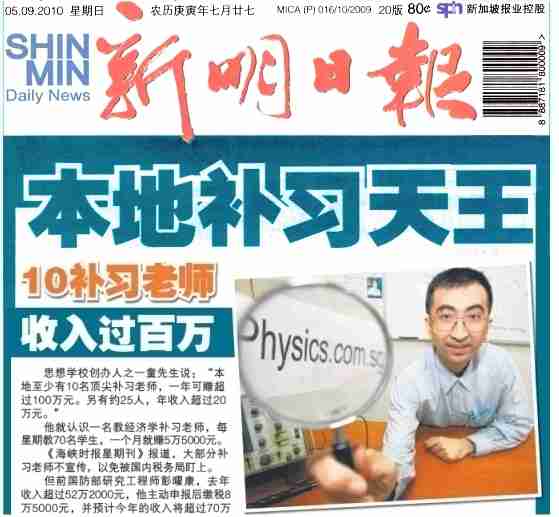 The article above is real news and not an advertorial used by other tutors to create "news" about themselves.
Source: Shin Min Daily News © Singapore Press Holdings Limited. Reprinted with permission 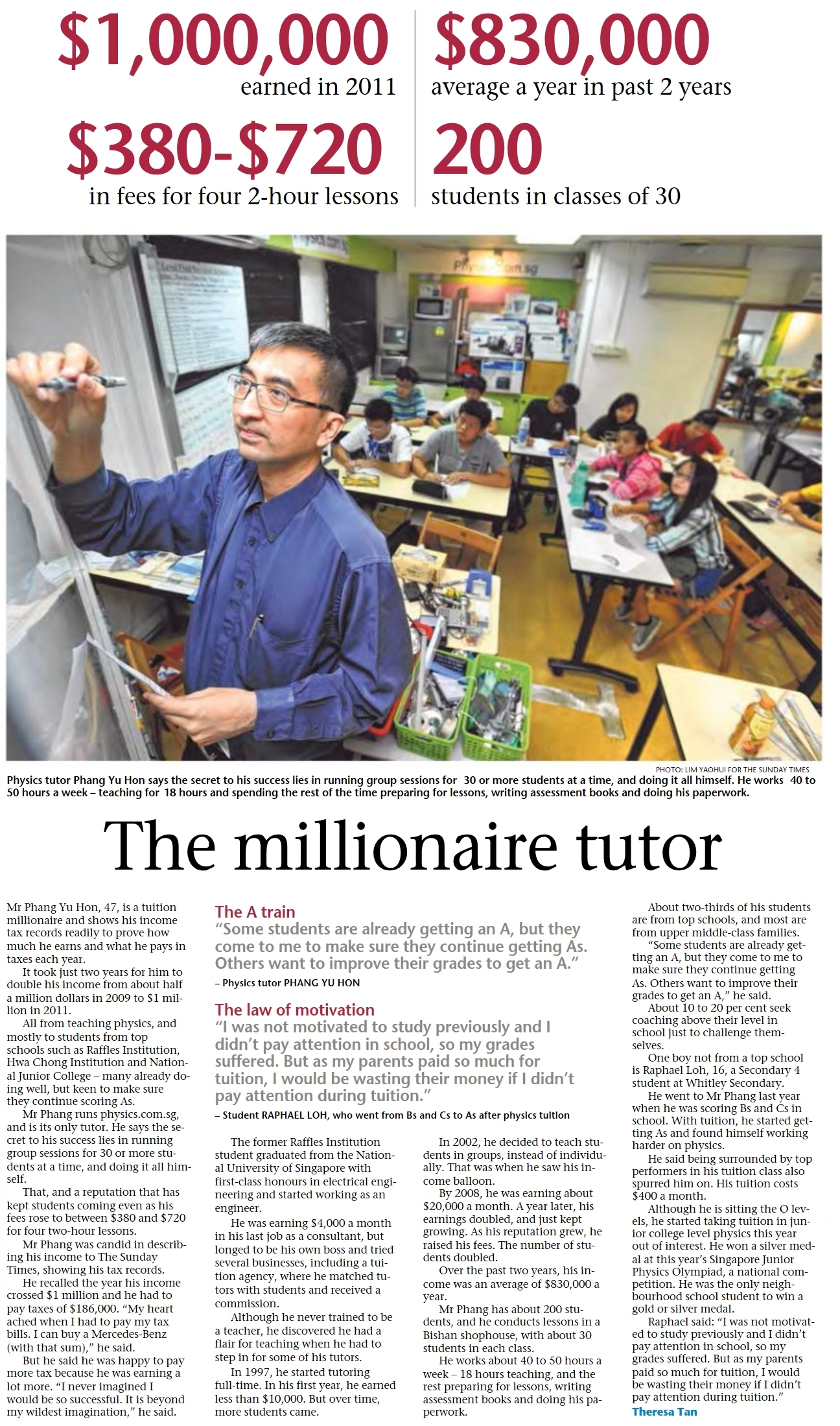 The article above is real news and not an advertorial used by other tutors to create "news" about themselves.
Source: The Sunday Times © Singapore Press Holdings Limited. Reprinted with permission

Tutoring is a highly academic profession and tuition teachers are selected based on two criteria:

1. The tuition teacher's ability to teach (for that, please click on the "News" or "Testimonials" buttons at the top of this page).

2. The tuition teacher's academic pedigree (this appears to be of particular concern to branded school students, who desire teachers on par with themselves). Unfortunately, "pedigreed" teachers tend to be promoted to some senior non-teaching appointments because, unlike the tutoring profession, there is no million-dollar pay scale in the teaching profession for those doing real teaching work.

For point No. 2, you do not have to worry. Mr. Phang has an unblemished academic track record (see table above) capable of matching even the most "pedigreed" amongst students. 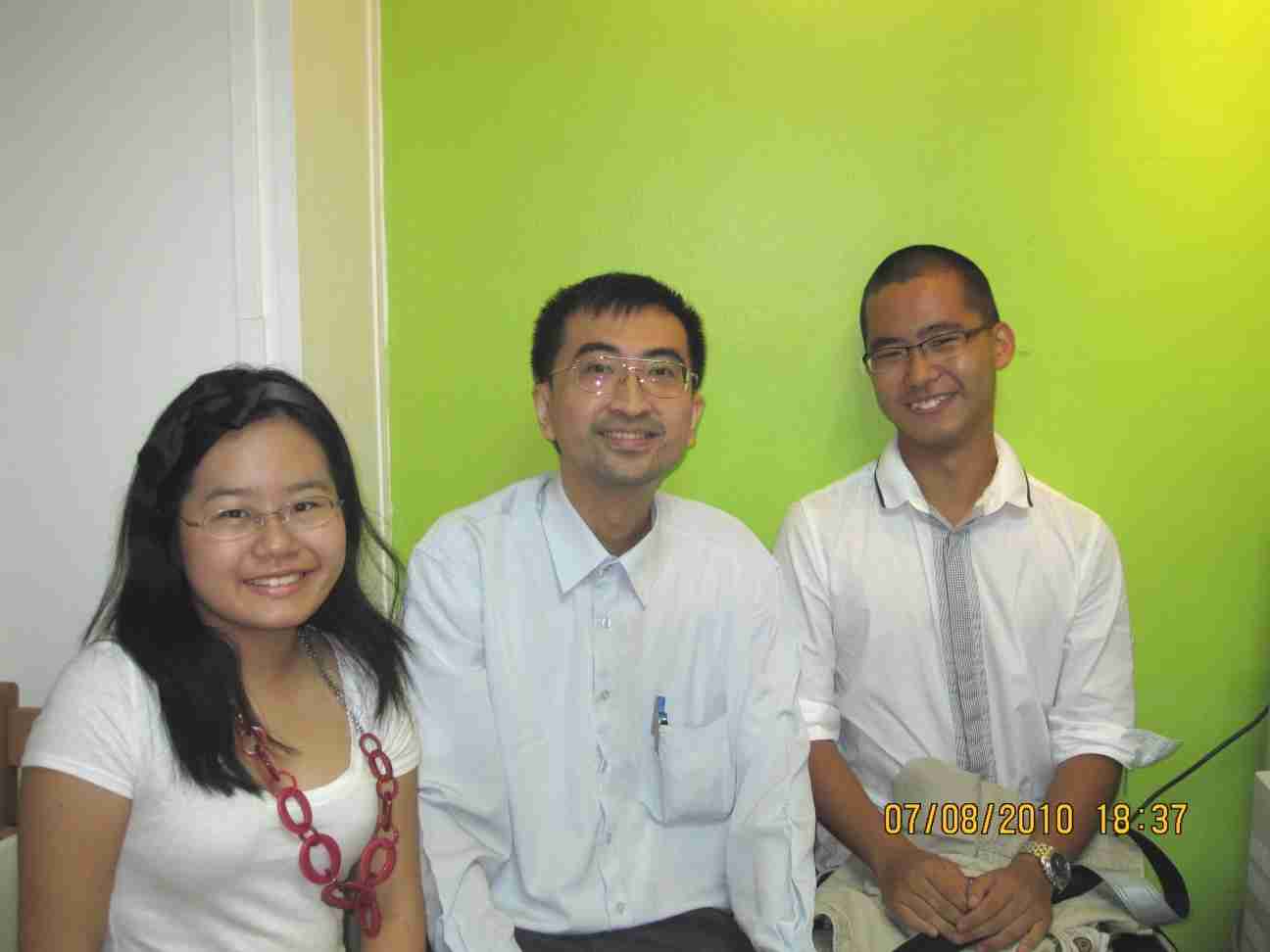 On an uneventful Saturday in 2010, while wrapping up his afternoon class, Mr. Phang has surprise visitors! Fiona Foo (Singapore Physics Olympiad Champion 2007 - back from the US on summer break) and Chen Hongjie (NJC's Top Student in Mathematics and Science - LKY Maths & Science Award 2010 - on army break) - Photo taken by NYGH top Sec 4 student in Physics 2010.

Do discerning parents, who are accustomed to the power of choice for the very best, also choose the pioneer, thinker and market leader 7 who is far ahead of the curve?

The Market has Spoken.