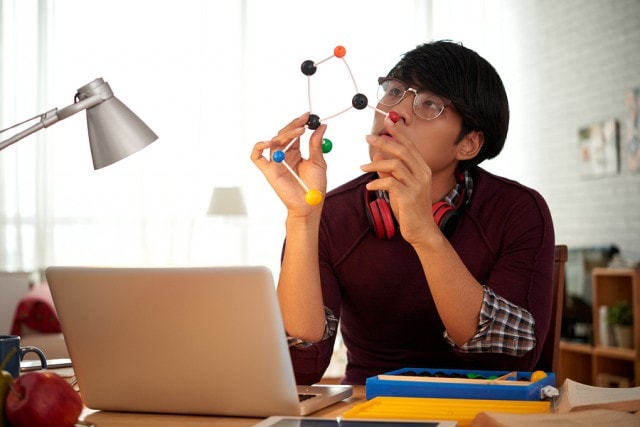 A physics textbook will attempt to explain how things around you work. The book will blend theories, laws and mathematics to explain the occurrence of different concepts

The amount of matter in an object is known as its mass. On the other hand, weight is the product of mass and the effect of gravity on that mass. It is represented by the formula w=m*g.

Oftentimes though, the two terms are used in place of one another. Your O level physics tutor probably explained it in great detail, but the concept is often a cause for confusion among students taking physics tuition. So better to be clear on this misconception now then regret it later.

The belief that all bodies will ultimately achieve a state of rest naturally.

We have Newton’s first law of inertia (or motion) which states that ‘a thing at rest will stay at rest, and a thing in motion will stay in motion unless acted upon by an external force.’ It appears as if only the former statement rings clear and the latter is oft times ignored because it seems to make no logical sense.

The gravity-less vacuum in space

That’s a negative. And movies are to blame for this erroneous idea. Gravity exists all across the universe which is what makes planets go around their orbits and black holes are able to swallow up objects including the light around them.

The sun is yellow

That big ball of white plasma that we affectionately refer to as Sun is not, in fact, yellow. The reason it appears in shades of yellow to red is due to shorter wavelength colours such as violet, green and blue getting disbursed while going through the Earth’s atmosphere and leaving only the longer wavelength ones for us to see.

You would think that because a hammer is heavier, it would naturally drop before the feather, right? Well, you’d be right on earth. But the same was done on the moon and, surprisingly, they both took the same time to reach the surface!

What does that tell us? For one, Galileo hit the nail on the head when he dropped two objects with dissimilar mass from a great height to demonstrate that they had the same acceleration going downwards. The reason for the variance in fall time is due to the external force of air resistance. All objects experience this on earth, and it is proportional to the area of the object. Usually, it has a negligible effect. However, the exception is for things that are very light (like the feather) with around the same weight as that of air resistance. Then it has a huge effect, considerably slowing their acceleration downwards. If that bit of information doesn’t impress kids at your H2 physics tuition, nothing else will.