The Physics Behind Drifting: How Does One Achieve A Drift? 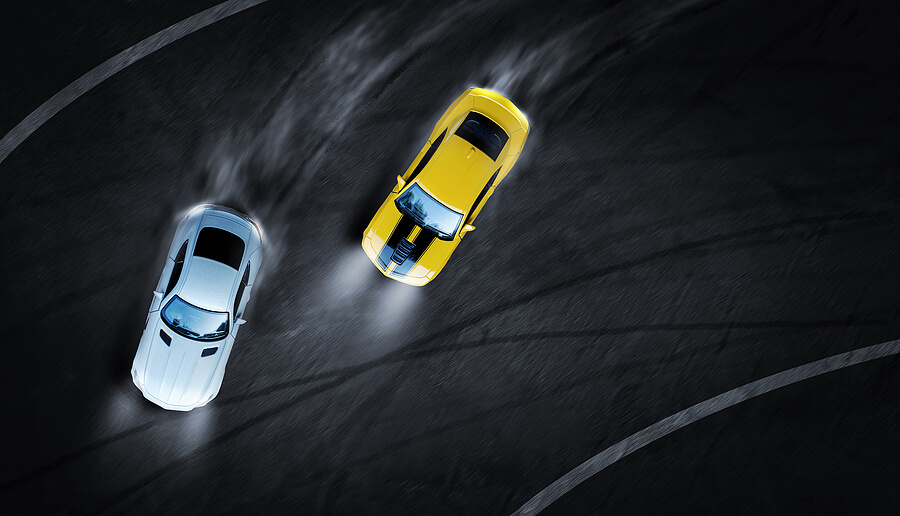 Drifting is a unique driving technique that involves the driver deliberately oversteering the vehicle, causing the rear wheels, or in some cases, all four wheels, to lose their grip on the road. Drifting happens by controlling both the slide and the wheel speed constantly. It is difficult to pull off such a manoeuvre and requires a great deal of understanding of the entire process and an even great deal of practice to be able to do one confidently.

How does drifting differ from taking a regular turn?

In a more technical term, drifting happens when the rear slip angle, which refers to the angle between the wheel’s moving direction and the direction it is pointing towards, is wider than the front slip angle. As compared to taking a regular turn, drifting requires the driver to oversteer the vehicle at a certain speed.

You need friction in order to make a turn. Without friction, the tires do not have a proper surface to grip, resulting in the vehicle to skid. Hence, you would see or hear of accidents caused by a loss of control because of skidding, particularly in countries where snow results in a build-up of ice on the road.

For example, in a regular turn, your vehicle is going straight before you intend to take a left turn. According to Newton’s first law of motion, an object will remain in uniform motion in a straight line or at rest unless an external force is applied. This means that the vehicle will continue to go straight. However, as soon as you take the left turn, frictional force grips the front wheel, preventing the vehicle from skidding straight on, ensuring the car takes the left turn.

How, then, do you drift?

The mechanics differ slightly when drifting, as it is all about controlling the amount of traction being lost at the rear wheels. You do so by controlling how fast the wheels are moving. Using the same example as earlier, during a drift, you basically make a left turn suddenly, resulting in the rear wheels losing their traction. Hence, the rear wheels over-rotate towards the left, in which the frictional force acts centrifugally, pulling the vehicle in a circular motion. To make up for the over-rotation of the rear wheels, the front wheels have to face the opposite direction, which in this case, is the right.

Drifting on paper may sound simple, but do not let that provide any false ideas behind the art of such a driving technique. While it may be popularised by the fast and furious franchise, it is definitely not a driving technique that you should consider doing on the road.

Without a proper understanding of how various aspects of physics, such as mass, rolling resistance, accelerating frictional force, frictional braking force, and centripetal force, are applied when driving a vehicle, you are not able to pull off such a stunt. Hence, it takes an in-depth understanding of the driving process and a tremendous amount of practice to be able to pull off the technique. It is also why drifting is carried out by experts in a highly controlled environment.

To understand more about the physics behind some of your favourite movie scenes, you may learn more at physics tuition, where we make physics lessons exciting and practical. Contact us to get started on your physics journey today!