Actual Physics Vs Movie Physics: The Science Behind Flying 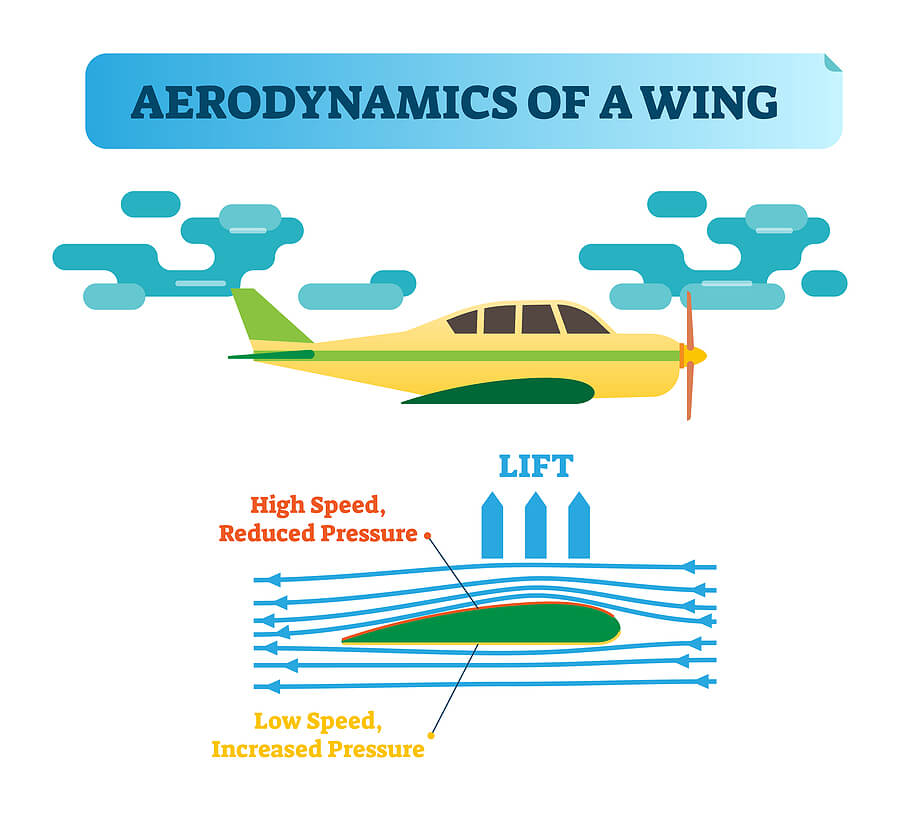 If you are familiar with the Avengers series, you would most definitely be familiar with the topic of flying. There are several characters in the series that have the ability to fly, be it through actual physical ability or through the help of machines.

While we know that whatever happens in the Marvel Cinematic Universe (MCU) is not real, it definitely does not stop us from using the fundamentals of physics to explain the possibilities of certain occurrences in reality. In the MCU, there are three ways to how certain members of the Avengers fly, but one specific category differs from real-life physics.

Some members that utilise the help of wings to fly are Valkyrie, Wasp, and Falcon. The Falcon, being the most straightforward, flies with the aid of a jetpack with retractable wings. Working in a similar fashion to an aeroplane, as the jetpack propels him forward, the wings, which cut through the air, generate lift which keeps him up in the air. Valkyrie does not exactly fly but rides on top of a Pegasus, which flies like a bird. And lastly, the Wasp, who flies with her wings.

The next group of superheroes, such as the Scarlet Witch, Thor, and Vision, all fly differently in ways that physics cannot explain.

For the final group, there are those that fly solely with the help of thrusters. Members such as War Machine, Iron Man, Pepper Potts, and Star-Lord are examples of thruster users. While we might not be 100% sure how they work, it does have some similarity to actual rocket or jet engines in which propelling force is produced by firing some sort of mass out of the engine.

Let us assume that if one wants to fly at a constant velocity, it means that there would not be any acceleration which equates to no net force. Hence, from a physics perspective, that would mean that to fly at constant velocity would be the same as standing still. In two dimensions, we use the following equations to calculate net force: Fnet – x = 0 and Fnet – y = 0.

Considering how Star-Lord flies and factoring in the above equations together with the relevant acting force, he would crash to the ground just like a kid throwing a paper plane – gravity is going to pull him down.

There is two key force acting on Star-Lord. There is the gravitational force pulling him down and the thrust force that propels him forward. The thrust force is dependent on the rocket’s direction. The problem with Star-Lord’s flying, which does not work in real life, is that in order to fly at a constant velocity, there needs to be zero vector force in both the horizontal and vertical planes. While the thrust force might help in cancelling out the gravitational force, none can be said for the horizontal direction. That being said, Star-Lord would end up accelerating forward constantly.

Many people are aware that in order to move forward at a constant speed, there needs to be pushing or propelling force. It does make sense in reality. If you want your car to move at a constant speed, your feet need to be constantly on the gas pedal. However, what most people often forget is that there is the presence of frictional force to balance out the forward-pushing force.

With this piece of information, one might argue that maybe Star-Lord has sufficient air-resistance force acting against him. That, unfortunately, does not add up. In order for air resistance to affect him, he would have to be flying at speeds similar to jet planes, which also helps to create lifting force. At the speed Star-Lord flies in the movie, unless he has the ability to adjust his overall density to be really low, he will not be able to travel at a constant velocity but will end up accelerating to his death.

There are many other physics theories to explain the difference between actual physics and movie physics. However, at the end of the day, as it says, it is all just fiction. As long as Star-Lord looks good flying, that is all it matters. However, if you read this article and are interested to find out more about the science behind flying, then do consider Physics Tuition, where we conduct JC physics tuition classes to help students understand the concepts better.