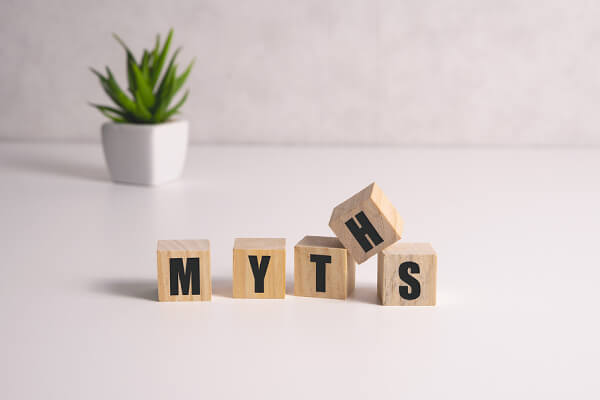 There are a lot of myths and legends that have arisen about physics and physicists. Some of them are false and have no intellectual backing. In this article, we will point out some of the common myths you might come across during either through browsing the web or even during your physics tuition and explain why they are what they are – myths.

“Everything is relative” in the Theory of Relativity

The postmodernists tend to assume that Einstein’s Theory of Relativity can be summarised to three words – “Everything is relative.” This is a misconception. Besides, what has been picked out by the postmodernists from this misconception alongside other elements of the quantum theory is that there is no objective truth. But that’s not what his theory was about!

Einstein’s theory defines how space and time changes and that the change is dependent on the relative motion of any two observers. Moreover, it was Einstein’s view that his theory is absolute and that space and time are real quantities.

Sir Isaac Newton and the apple that “fell on his head”

There is a famous story you are most likely to hear during your JC physics tuition or class. It is the story where Sir Isaac Newton conjured in his mind the law of gravity when an apple fell on his head. However, this story is not true. The truth of the matter is that Newton was walking on his mother’s apple farm when he saw an apple fall from a tree to the ground. His curiosity kicked in and he started wondering what forces were working to cause that apple to fall in that manner. As he continued exploring the possible explanations for his experience, he soon realised that the same force that made the apple fall is the same force that keeps the moon in

orbit which was by far one of his greatest insights.

The Universe is completely random due to quantum physics

This misinterpretation of the universe and how it works stems from several aspects of quantum physics. One of these aspects is the Heisenberg’s Uncertainty Principle. This principle relates specifically to the proportional relationships of quantities. Another aspect is that the equations in the field of quantum physics yield a range of probabilities. When these two aspects are combined shallowly without any depth of intellect, it is easy to assume that reality is completely random, which is not the case. The tiny world may be random, but the some of these tiny randomness yields to something that approximates order in the universe.

Evolution can easily be disproved by the second law of thermodynamics

The problem with this argument is that evolution violates the second law of thermodynamics. This is false because the earth is a closed system. And since our energy comes from the sun which is outside the system, it is possible to increase the order of this system,

These are some of the common myths and misconceptions in physics. There are several other myths which cannot be debunked in one article. But, at least, this article has shed some light on what distinguishes the real concepts from the myths.