Basketball Vs Volleyball: Exchanging The Ball For Each Sport 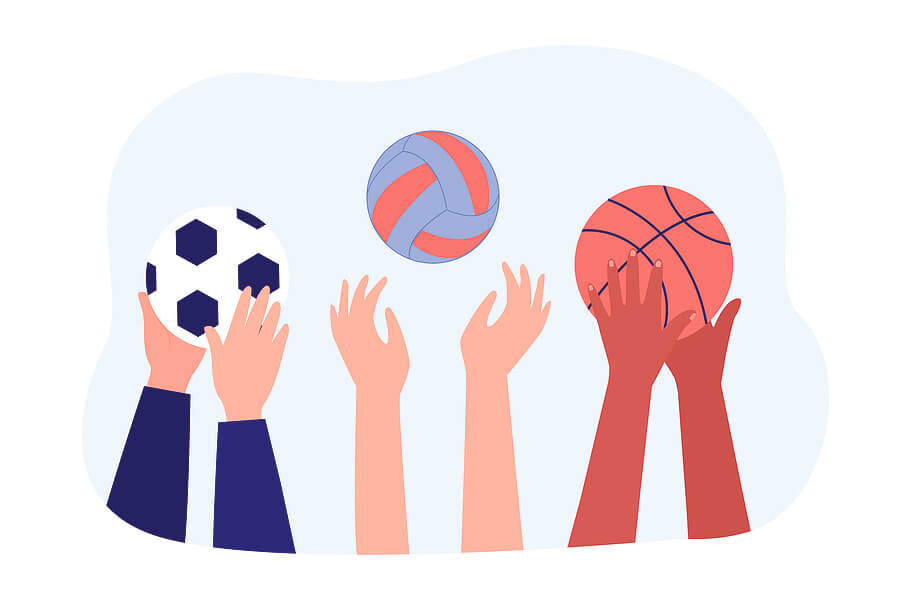 There are many ball games that are played all around the world, such as basketball, football, volleyball, and dodgeball. However, in this article, we will talk about two ball games that are enjoyed by many – basketball and volleyball. While they come with various, specific sets of rules, one thing they have in common is a similar-sized ball that is played in the respective games.

Today, Physics Tuition will tackle the fundamentals behind why specific games use specific balls and how each ball makes a difference.

To understand why each ball is used for a specific sport, we first need to know the performance requirement of each ball, assuming we already understand the fundamental rules of each sport.

In a typical volleyball game, the ball should be:

In a typical basketball game, the ball should be:

• Bouncy enough to allow players to dribble the ball easily

How are the balls different?

If we are talking about specific balls used in a professional-level game, the most distinct differences between a volleyball and a basketball are:

Why the ball’s pressure is a crucial factor

As mentioned above, a volleyball has almost two times less air pressure as compared to a basketball. This is because a ball with lesser air pressure will bounce less than one with higher air pressure, which is a crucial performance factor in basketball, a sport that involves a lot of dribbling.

As we pump more air into a ball, we add more air molecules into the ball’s limited space, increasing the ball’s internal air pressure. Hence, when the ball hits a solid surface, the high internal air pressure does not allow it to deform much. On the other hand, the air molecules produce an opposite reaction force that results in the bouncing of the ball.

Hence, with that logic, if we were to increase the internal air pressure of a volleyball, could we then use it to play basketball? This is when the ball’s external structure factors.

How the ball’s external structure factors

The basketball is filled with tiny bumps, called pebbles, on its external surface. The pebbles’ purpose is to increase the friction and surface area of the ball, allowing players to have a better grip for holding and passing it. In contrast, the lack of pebbles makes volleyball harder to grip.

The volleyball, rather than pebbles, are instead filled with tiny dimples or dents on its external surface. The dimples help to keep the ball airborne more efficiently by providing consistency in its flight. A basketball will struggle to stay airborne as the pebbles increase its friction with air, resulting in a lack of efficiency in the ball’s flight.

In order to keep the volleyball afloat, it has to counteract gravity. Replacing a volleyball with a basketball, which is almost twice as heavy, would mean having to apply an even larger force when the player hits it with their bare hands. Hence, more energy must be applied to cover an equal distance if we use a basketball to play a game of volleyball. Therefore, for safety and more efficient gameplay, it is clear that exchanging the ball is not possible.

Let us just stick to the guidelines! In order to truly enjoy each sport, it is best not to exchange the balls used. In summary, a basketball’s higher internal air pressure and external pebbles help players to dribble, hold, and pass efficiently, whereas a volleyball’s lower internal air pressure and external dimples help players to keep the ball afloat and hit it safely and consistently.

Want to understand the physics behind some of the other sports that you play? Or perhaps you watched your favourite movies, such as Fast and Furious, and want to understand how they drift. Look no further than Physics.com.sg. Contact us to find out more about our JC physics tuition classes today!