5 Cool Nuclear Energy Facts That Will Blow Your Mind 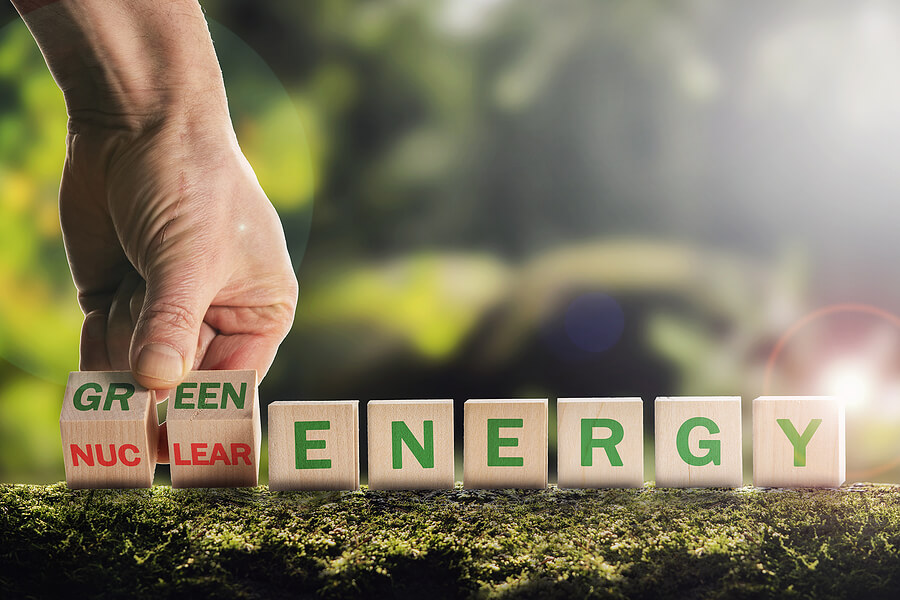 Nuclear power is typically brought to our attention when disaster strikes: The nuclear meltdown of the Chornobyl power plant and the damaged Fukushima-Daiichi power plants in Japan during the Tohoku earthquake and tsunami of 2011. Yet, nuclear energy is not all doom and gloom. In fact, the myriad of use cases for nuclear energy may surprise you!

As you will learn in your JC physics classes or physics tuition lessons, nuclear energy is a form of energy formed through two possible methods – fusion and fission. Nuclear fusion liberates energy when nuclei of atoms are fused together. On the other hand, nuclear fission liberates energy when the nucleus is split apart. This energy converts into heat, which is then typically used to vaporise water and produce steam which can turn turbines that generate electricity.

Not quite mind-blown yet? Here are some more intriguing facts about nuclear energy that you should definitely know about!

1. Nuclear energy is the world's second-largest source of clean energy

In recent years, global warming has made urgent the need for clean, low-carbon energy alternatives. And nuclear energy fits the bill, as it doesn't emit harmful carbon compounds! In fact, replacing fossil fuels with nuclear power is said to reduce carbon emissions equivalent to approximately 100 million motor vehicles a year.

Contributing nearly 30% of the world's overall clean energy, nuclear power has become the second-largest source of low-carbon power internationally. Nevertheless, concerns still exist around the hidden impacts of nuclear power, such as regarding the disposal of radioactive waste and spent nuclear fuel rods.

2. Nuclear energy provides about a tenth of the entire world's electricity today

While there are more than 400 nuclear reactors generating power around the world, most are concentrated in the powerhouse and developed nations like the United States, China, Russia, France, and South Korea. Collectively, this harvests enough energy to power about 10% of the world's electricity today.

Given the highly-touted advantages of nuclear energy, you may wonder why nuclear energy is not even more widespread yet. The truth is that not every country can adopt nuclear power due to the significant costs and land space involved in building and running a nuclear reactor. As such, it is currently near-impossible to generate nuclear energy in small and dense countries like Singapore.

3. The sun is a gigantic nuclear reactor

Go outside and enjoy some sun – and some nuclear energy! Sounds strange, but it's true. The heat and light we enjoy from the sun are a result of nuclear reactions to the sun. We can think of the sun as a gigantic, self-regulating nuclear reactor, where hydrogen atoms undergo nuclear fusion, becoming helium and releasing energy.

This reaction is so intense that the sun's core is said to be 15 million degrees Celsius! This means that we should thank nuclear fusion for supplying what many consider to be the most important sources of energy for all life on earth.

Nuclear energy does not only provide power to houses, offices, and cities. Miniature nuclear reactors have been created to power large ships such as icebreakers, tankers, aircraft carriers, and submarines, allowing the ships to travel far longer distances without needing to stop at a port for refuelling compared to traditional marine craft. More than 150 ships globally are powered by small nuclear reactors that provide powerful, long lasting propulsion.

5. Nuclear energy is used for a variety of commercial purposes

Now that COVID-19 restrictions have eased, you may find yourself at the airport, going through an X-ray scanner that checks your belongings. These X-rays are a form of nuclear energy harnessed for use in a diagnostic tool for commercial purposes.

In addition, nuclear medicine is a burgeoning field that allows for the diagnosis and treatment of medical conditions such as cancer. Besides X-rays, nuclear radiation is also used in radiotherapy to destroy cancer cells within the body in locations where surgery might not be the best option.

These are some fun facts about nuclear energy that you might not hear about in school, but they are definitely fun to know! Especially in JC physics, anything that can help you enhance your interest and motivation to remember the concepts will be considered useful.

If you are keen to learn beyond the textbook and truly engage with physics on a deeper level, engaging a trusted provider for JC physics tuition in Singapore can give you the edge over your peers and cohort. Our super tutor, Mr Phang Yu Hon, can help you do just that and ramp up your physics grades too!