10 Mind-Boggling Facts You Should Note About Quantum Physics 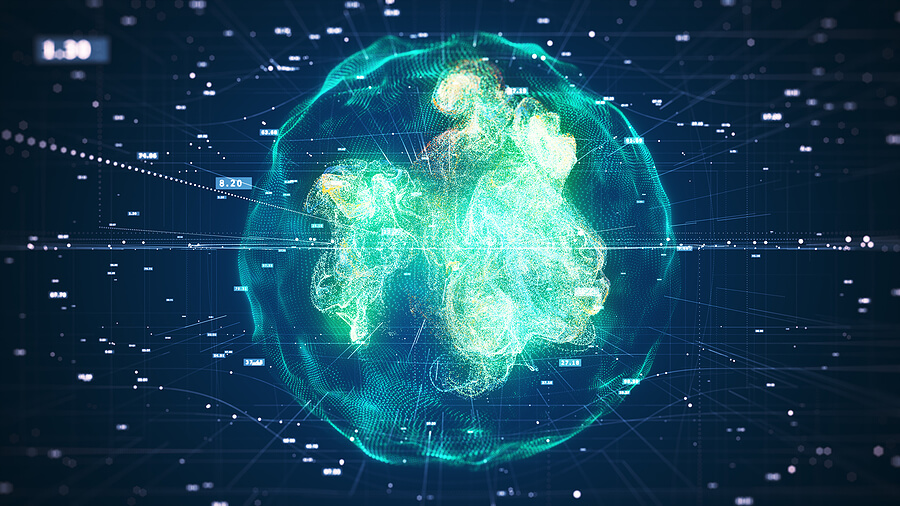 Quantum physics is mind-blowing stuff. It's a field of science that can make you feel like your brain is going to explode with its bizarre discoveries and mind-bending ideas. In essence, it's the science of the very small; the branch of physics that studies the strange world of atoms, particles and waves.

Despite giving us insights into many of the fundamental questions in science, including how objects behave in the quantum world, we're still a long way from understanding the full extent of the subject. But that doesn't make it any less fascinating to learn about. Here are just ten facts about quantum physics that might blow your mind.

1. Matter exists as both particle and wave

In 1906, J. J. Thomson won the Nobel Prize for showing that electrons are particles. In 1937, his son George won the same prize for showing that electrons are waves. Both were right - the phenomenon is now termed wave-particle duality and is a cornerstone in quantum physics. Sometimes the light is best understood as an electromagnetic wave, but at other times it's more useful to see it as a stream of photons.

Like a giant light bucket, a telescope collects photons from distant stars. But it can also focus light waves from those stars and therefore exert pressure on an object. In fact, we are already using this phenomenon to launch spacecraft with solar sails, with the chairman of the B612 Foundation, Rusty Schweickart, even suggesting that we may be able to manoeuvre asteroids off collision courses with Earth.

2. Energy comes in multiples of quanta

The quantum world is like a shoe store. The relationship between the quantum world and shoes is similar to the relationship between the subatomic world and energy. Shoes don't come in sizes that match your feet exactly, so you have to choose between pairs that come in predetermined sizes. The same goes for energy; it only comes in multiples of the same "quanta" — hence the name quantum physics.

3. Something can exist in two dimensions at the same time

One of the most well-known theories about quantum physics is that objects can be in two places at once. This is known as superposition, first discovered in 1927 by physicist Erwin Schrödinger, and it suggests that an object's existence is spread out over time and space. This means that if you were to measure the position of an electron on one side of a barrier, it could actually be in two locations at once. The idea that an object can exist in multiple states at once seems like something out of science fiction but is the basis of the famous Schrodinger's cat thought experiment. The fate of the cat is determined by a quantum device, illustrating how quantum mechanics is counterintuitive and the cat can exist in two different states - dead and alive.

4. Stars are characterized by quantum physics

Danish Physicist Niels Bohr showed us that electrons in atoms come in clusters like grapes on a vine, and these are called energy levels. When an electron jumps from a higher energy level to a lower energy level, it releases energy as light. Similarly, if you put more electrons into an atom at high energy levels, it absorbs light of those frequencies. Astronomers use this effect to identify the composition of distant stars. When we break up their light into a rainbow-like spectrum, we see colours that are missing - indicating the presence of specific chemical elements and allowing us to work out the constituents of stars, including what elements they contain, clues to their age, and other characteristics.

5. There is strong evidence pointing towards a possible multiverse

Quantum physics suggests that there may exist parallel universes where every possible outcome has already happened and continues to happen in some other universe. It also suggests that we could potentially travel between these parallel universes by manipulating the very fabric of space-time itself! An interpretation of quantum physics, the Copenhagen, states that observation collapses the wave function and forces reality to make a quantum choice. The many worlds' interpretation argues that there isn't really a choice. Instead, at the moment of measurement, reality splits into two versions in which we witness two different outcomes.

Imagine a quantum particle as a ball being bounced between two mirrors. Every time the ball hits one of the mirrors, it bounces off in a different direction and continues bouncing for an infinite amount of time. Physicists call this phenomenon decoherence.

6. It is the basis behind why the sun shines

When you look up at the sun, you see the light that was created by nuclear fusion in its core. Nuclear fusion is the process of two protons coming together to create a larger particle. This larger particle can be anything from helium to heavier elements like carbon, oxygen and iron. When these identical charges repel one another (which physicists term the Coulomb barrier), this causes them to give off light in a process called fluorescence, hence helping the sun shine.

Eventually, the sun will die. Our star will collapse from gravity, but not completely. As it gets smaller, more particles are crammed together. Here, the Pauli Exclusion Principle, which states that certain particles like electrons cannot exist in the same state, comes into play. This means that quantum physics prevents the star from collapsing beyond a certain point by releasing extra energy whenever gravity tries to crush it further down. Essentially, dead stars don't actually collapse into black holes as we might expect - instead, it takes on the form of what we now know as a white dwarf.

The Heisenberg uncertainty principle states that you can't fully know two properties of a system at the same time. For example, if you want to know exactly where something is in space, you can't know exactly how fast it's moving at that moment. In 1974, Stephen Hawking realized that black holes are not completely black but emit radiation. This happens at a black hole's boundaries, where some particles escape while others are swallowed by the black hole. Eventually, the black hole will eventually evaporate as they are constantly shedding mass and energy.

9. It accounts for the size of the universe

In the beginning, there was the Big Bang. Then in the 1980s, that theory was modified to include another theory, inflation. A new idea was formed that the universe grew rapidly before quantum fluctuations linked to the Heisenberg uncertainty principle had a chance to fade away. As a result, energy is concentrated in some areas rather than others - seeds around which material can gather to form the clusters of galaxies we are able to observe now. In fact, everything from galaxies to planets is all formed from quantum fluctuations in space-time itself!

Quantum physics also has some strange implications for our everyday lives. These include weird effects like quantum entanglement, where two particles can be connected in such a way that they can affect each other no matter how far apart they are, as well as quantum tunnelling, a phenomenon where an object is able to pass through an energy barrier with faster-than-light communication. These bizarre phenomena allow particles separated by vast distances to be or remain connected at a quantum level; it's like an invisible force connecting them together, almost like magic!

Quantum physics is a combination of math and logic, which is why it is the perfect subject for people who love to solve puzzles. If you want to become a physicist and understand the world around you, there is no better way than by taking up physics tuition classes. And if you're looking for a fantastic tutor, Mr Phang Yu Hon, who offers some of the best JC physics tuition in Singapore, can help you develop your problem-solving skills and make learning fun and interactive so you can get ahead of your peers!