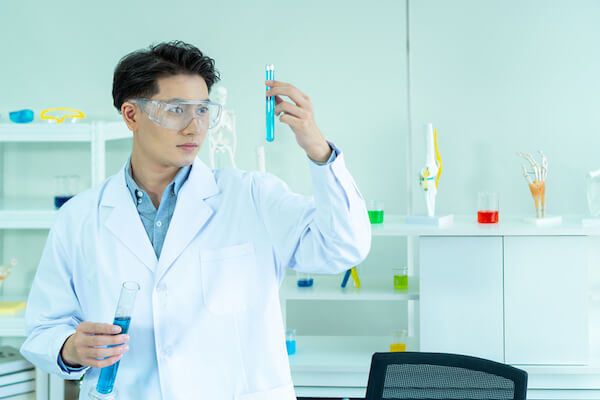 Learning Physics goes beyond the classroom by grooming you into someone with a strong head for numbers, excellent grasp of scientific principles and a keen interest in discoveries related to the physical world. After all, Physics is the study of forces, motion and energy - which are the main quantities involved in all physical interactions in the real world.

Adding on, it also develops you to be a critical thinker by bringing a broad perspective to any problem, making those with a Physics degree desirable in most fields. Meaning, a physics degree can do wonders for your career path.

Read on as we feature five different routes you can take after graduating with a degree in Physics.

Robotics intertwines a few branches of engineering and science, which stems from a common foundation in Physics. This complex field combines mechanical, computer and electronic engineering to design, create and operate complicated machines.

As part of Singapore’s Smart Nation initiative, the demand for robots across industries is steadily rising. This is because robots are seen as a solution to population and labour woes, such as labour shortages. To illustrate this demand, robots that disinfect surfaces with UV light are to be deployed around the nation to fight against COVID-19, by the end of this year.

If you aspire to be an astronaut, then this could be the career path for you. Cosmologists work tirelessly to explore the universe and beyond, by gathering data and coming up with models to better understand and explain how the world works.

Though this might be a competitive industry, there are still other options available, such as landing a job in a planetarium.

Impart your love and knowledge in Physics to students by being a teacher. Once you gain enough experience, you could even offer Physics tuition. This will certainly take time, as you’d need to get familiar and stay updated with the learning syllabus, on top of establishing a good rapport with parents and students.

Currently, solar energy contributes to less than 1 per cent to Singapore’s total energy usage - but not for long. Singapore plans to increase its solar capacity by at least seven times more than the current capacity.

Although this might not be the first industry you might have thought of, the possibilities of getting a job in the healthcare industry are endless when you have a physics degree. As medical physics significantly overlaps with biomedical engineering, physicists tend to work alongside biomedical engineers to create, review and maintain medical technologies and equipment.

Physicists are mostly employed within areas like radiology, radiation oncology and nuclear medicine.

We hope the careers listed above help inspire you to further your studies in Physics! If you’re facing any difficulties with the subject, it’s not too late to seek help in JC Physics tuition, where you’ll be guided by an experienced tutor to help you excel in the subject.