3 Principles of Physics Behind Your Favourite Sports 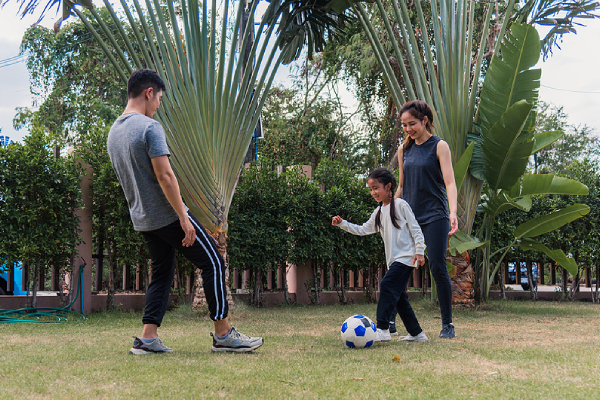 When people speak of Physics, they usually picture students doing various laboratory experiments using magnets and other apparatuses. However, far from being confined to the classroom, learning Physics can actually be done by doing other things, such as watching or playing sports.

Physics and sports are intimately connected fields. If you are enrolled in a Physics tuition, you would know that the concepts and principles of Physics play an important role in sports. Below are some Physics lessons you can observe in your favourite sports.

Aerodynamics is a branch of Physics that focuses on the dynamics of air as it interacts with solid objects. In other words, it explains the way air moves around things. The rules of aerodynamics are particularly used in describing how an aircraft, rocket, or missile can fly. In sports, the laws of aerodynamics are applied in cycling and football.

Since a part of aerodynamics talks about the ability of an object to overcome air resistance, you can use its lessons in enhancing your cycling speed by changing your bicycle design, clothing, or positioning. You can also use aerodynamics to explain the difference in the airflow between a ball with a smooth surface and one with a rough surface. Generally, compared to a ball with a rough surface that offers more friction and resistance, it is more difficult to control a smooth ball.

Physics defines work as the transfer of energy. Work is said to be done when energy has been transferred to an object. In more technical terms, the work and energy principle states that the change in the kinetic energy of an object is equal to the net work done on it. Both work and energy play crucial roles in many types of sports.

Friction refers to the motion resistance of an object that is moving relative to another. It takes place when you rub two things against each other. The force that resists the sliding or rolling of the object over the other is friction. In sports, friction can be observed in skating and swimming.

In sports like ice hockey and figure skating, skaters create different levels of friction to speed up or stop on the ice. To achieve high speeds while skating, skaters need to reduce their friction. On the other hand, an extreme amount of friction needs to be placed on the skates to perform shortstops. When it comes to swimming, friction comes in the form of water resistance that tries to slow you down. This resistance catches on to you as you glide through the water.

The principles of Physics have many applications, especially in your favourite sports. If you want to enhance your speed and performance during a sports game, learning and applying the rules of Physics is the ultimate key. Have some trouble understanding Physics concepts and their applications? Consider signing up for JC Physics tuition – you will be one step closer towards mastering the useful and fascinating principles of Physics.